Sex For President 1968: An Argument For Abstinence

This is an episode in the series Sex For President, which considers future U. S. presidential elections in the historical context of previous ones. To read more about the premise of Sex For President, read the first installment at https://americanparser.wordpress.com/2012/05/23/sex-for-president/

Richard Nixon can’t be sexy, you say? Au, contraire! We’re not talking here about sexiness in absolute terms. We’re talking about relatively sexy. Before you judge too quickly, keep in mind that this was six years before Nixon resigned over the Watergate scandal, and that “Bob Newhart” was just a stage name for a late-blooming comedian born Hubert Humphrey. Hey, you have to give him this: politics has to be great training for a career in comedy.

All other variables being equal, in the sexiness quotient, a full head of hair wins over a receding hairline. Aaannndd I’m sorry, folks, but there will just never be a U.S. President with the given name “Hubert,” unless both major candidates have it. And yes, this includes women.

Interestingly enough, although Nixon won in the Electoral College handily, in the popular vote Nixon and Newhart were about even. At the Democratic convention, history repeated itself when, as in 1964 with Lyndon Johnson, Newhart, an old Democrat also, garnered the support of so many who voted symbolically for what might have been, this time in the dreams of a young Democrat named Bobby Kennedy, who, in the preceding June, was, like his brother, taken out by an assassin’s bullet.

And George Wallace, who ran as a third party candidate after losing the Democratic nomination to Newhart? Although Wallace was arguably as handsome as Nixon, he was also the nation’s segregationist poster boy throughout the sixties, a title he later humbly disavowed. Lastly, Wallace’s running mate was the saber-rattling, old school ball-buster Curtis “Bombs Away” LeMay, who earlier in life had become the youngest four star general in U.S. history. When you’re a celebrated racist and your partner is the personification of everything that half the country is hating about an increasingly suspect conflict in Southeast Asia, that’s definitely not sexy.

In the end, just whose votes did Wallace steal? Newhart’s, because Wallace and Newhart were both career Democrats? Nixon’s, because Wallace and Nixon echoed overlapping conservative social and political values? In a country weary of racially charged unrest and what seemed like an interminable, inexplicable war, it just didn’t matter. Peace and quiet had started to sound sexy, and Nixon seemed like the best bet for that. 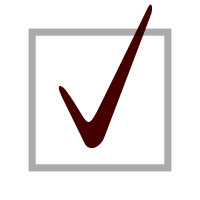 This entry was posted on September 1, 2012 by Brian Howell in Here We Go Again.